Niko Tzoukmanis - Hope Is The Sister Of Despair 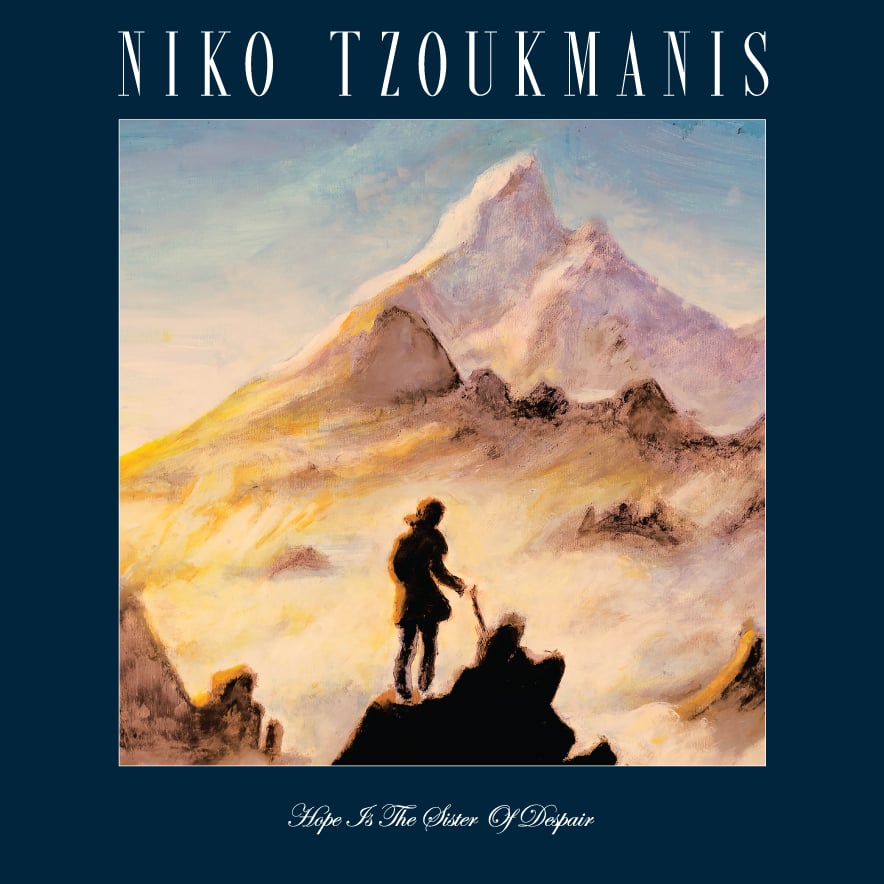 "Androids may not yet dream of electric sheep, but maybe computers do sing sad songs. "

All Music made on computers is just data, just a stream of zeros and ones. In other words, it’s all binary, a base-2 number system invented by Gottfried Leibniz.
However complex the information, it’s expressed only in presences and absences – like switches set either on or off or decisions made or not. Every event in the music, however tiny, is therefore surrounded by a field of absence, of paths not taken and discarded possibilities. What’s there might mourn for what’s not.

Certain kinds of electronic music are characterised by a kind of ‘happy/sad’ feeling. Where does this mixed emotion come from? It could be something about the aesthetics that inform the music – altered states and a nostalgia for a lost idea of the future. Or, it could be the ebb tide of serotonin washing back in certain clubs and certain people. One can wonder, though, if it’s also to do with the ‘one’ missing the ‘zero’–the sadness inherent in the presence of absence–that is there, and not, from the very moment of the music’s creation.

In 2013, Tzoukmanis released ‘Hope Is The Sister Of Despair’, issued here for the first time on vinyl with 4 previously unreleased tracks.
The album was made following the end of a relationship and the happy/sad feeling is everywhere in this music. Sequences twinkle and nag, soft pads pour balm on tired ears and when drums do appear they provide an intimate framework rather than a call to the dance floor. The album taps into a rich vein of sequencer romanticism, from Tangerine Dream-obsessed-‘Berlin School’ daydreamers to the whole nebula of music inspired by Warp’s Artificial Intelligence series. It also looks forward, prefiguring the return today, in troubled times, to the comforting inner space of ‘90s-worshipping ambient techno.

The German word ‘weltschmerz’, roughly translating as ‘world sadness’, fits this music well. The melancholy it inspires feels collective, almost heartening. Sorrow might be said to infuse the technology’s basic building blocks – Leibniz’s binary ‘one’ bereft of its ‘zero’, its presence twinned with absence. But there is hope, too, in the network of actions and decisions that have been fashioned here into melody and rhythm.