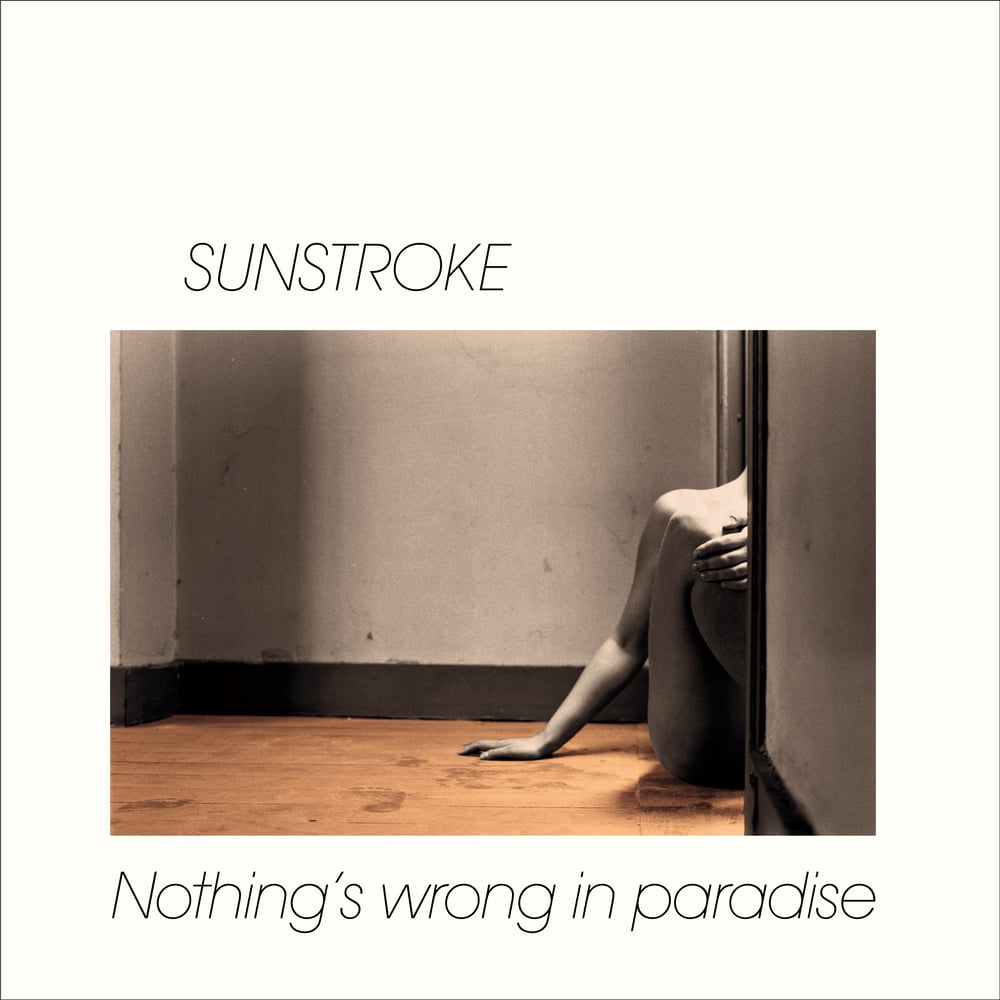 Just as a film or painting does, recorded music proposes a space in three dimensions, it may not be permanent and it could be said to be illusory, but to us, in the moment, it is there.
Sunstroke were Ben Bollaert and Etienne Delaruye, both were obsessed with the burgeoning possibilities of electronic music it made sense that they collaborate in the studio. The resulting experiments culminated in the 1985 release of Nothing's Wrong in Paradise.
The record was conceived as a soundtrack to a film that doesn’t exist - a sophisticated meeting of post-Berlin-school dreaming, Yen-records hi-tech calm and Impressionist Café music ennui. What makes it most compelling though, is that even while it conjures a seemingly perfect world, something around the edges lets you know that all might not be as it seems. Maybe there is nothing wrong in paradise. Or maybe that’s just wallpapering over the cracks. The rough edges and regret of everyday life cannot help but intrude. Once you have spent some time with it, the whole record starts to seem bathed in a dim half-light, suggesting utopia glimpsed through a smudged lens.
Just like the ethereal space in their music Sunstroke only existed for a moment, a second LP was planned but never materialised, Delaruye returned to theatre music and Bollaert opened a successful synthesiser store and was active in the New Beat scene. Briefly they created a paradise and pointed out its temporary nature, all at the same time.
Remastered from the Master tapes. Tip-on sleeve. 600 copies.